GRA: How was the Urban Text Series born?

JS: My series ‘The Urban Text’ was born while doing a Master of Fine Arts degree in Sydney. My style and way of seeing was in its infancy when I began the course. At first, I was doing the work to help me better understand and connect with the new places I was visiting as well as my new home of Sydney. The imagery was of the urban text I just wasn’t really sure what it was called yet and hadn’t fully developed it. But by doing the course and studying my work began to be influenced by the photographers I read about and matured to where it’s at now. I also researched different theories and one by Michel de Certeu dealing with our relationship to urban spaces is where the urban text title came from. After the course ended, I then edited the series down to images that were from many different cities, large and small so that viewers might begin looking at the urban text throughout any place they go and begin understanding them more fully.

GRA: If you were standing beside someone as they were looking at one of your pieces - what are details would you bring their attention to?

JS: The images of ‘The Urban Text’ are titled based on their colour to achieve anonymity of place and help make a point that no matter where someone is if they look closer at a space the more, they’ll begin to see. So, for these works I normally like to point out the city they were shot in. The other main detail is what the image is actually of. Most of my shots are so small in reality but printed large, making it hard to figure out the exact materials that have been documented. I let viewers guess what they think was shot then tell them what it is. This is always a delight for me since I normally answer something they never would have thought of. My newer works are based on a specific place and will no longer have anonymous titles, so will only need to tell them the materials I shot. 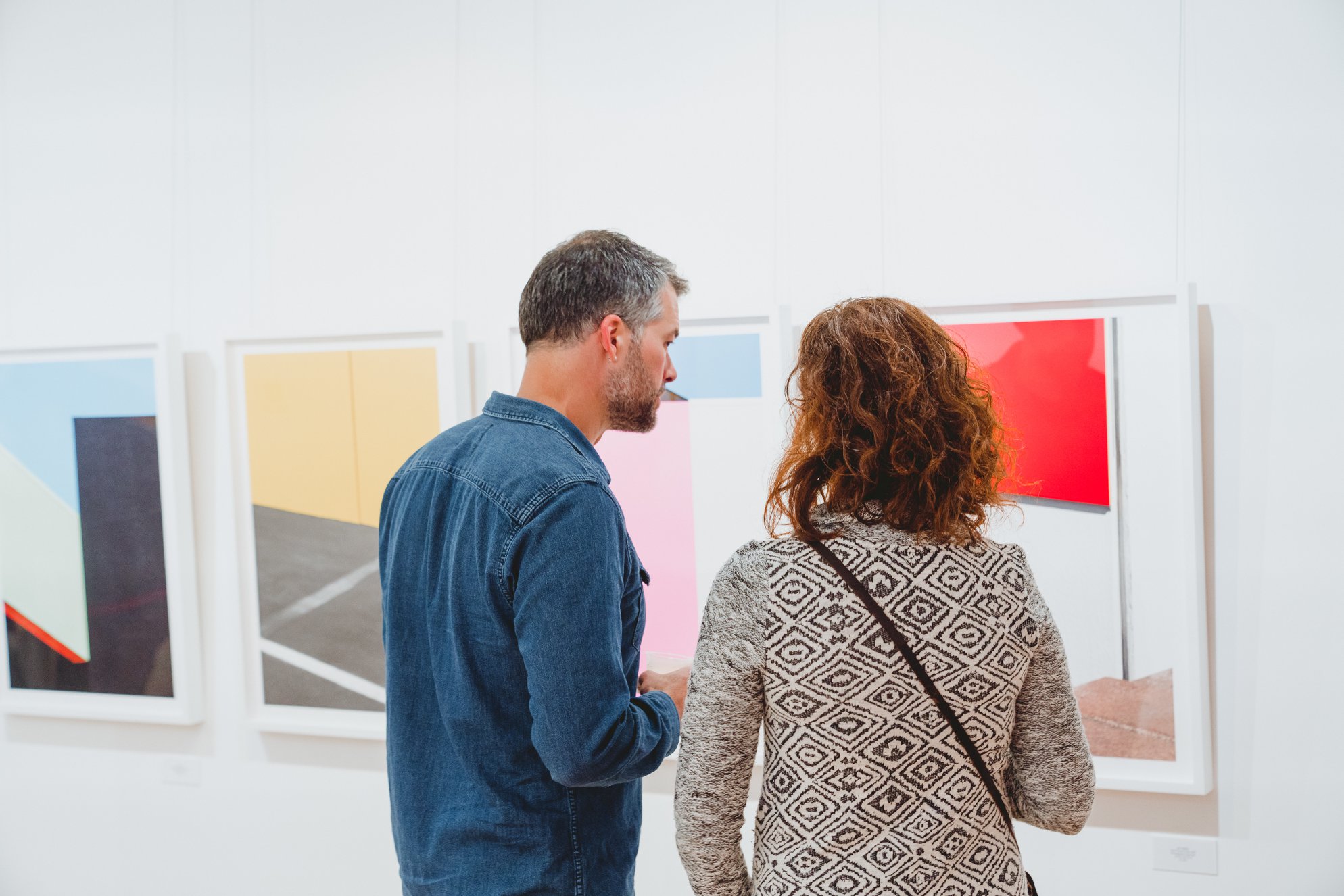 GRA:  How long have you defined yourself as an artist?

JS: I have defined myself as an artist since I was 18 when I got into my bachelors’ program at the College for Creative Studies in Detroit. I originally studied animation before moving to Australia where I have since shifted to using photography as my main medium. No matter if someone identifies as a professional or is just doing art for fun, they can still define themselves as an artist. It’s all a mindset. Being an artist in this century is great. We have more tools than ever to create, there is so much great technology that is just at our fingertips and is constantly advancing. Making it so no matter what our imagination dreams of we can make. There is also the ability to have your work be seen by a global audience thanks to social media. Before the internet there were so many gate keepers that dictated what was visible and your audience was more local, but now it doesn’t matter where you live. We can produce work and share it all from our bedroom. This also allows others to share your work too.

GRA:  How did you develop your technique?

JS: I developed my technique by doing a lot of shooting and walking around. I have been traveling a lot over the last few years and constantly look for the unique details in each city I can compose in interesting ways. Doing this for years along with being inspired by what other photographers have shot have helped me find a technique I like to do. I believe the more people look and shoot anyone can develop a style of seeing. By doing more you’ll figure out the subject matter you want to record and what lenses are good for capturing it. I began by using just a simple point and shoot camera then as I began to understand what I needed I upgraded my equipment and now use the Hasselblad x1d and a 200mm lens. This allows me to get abstract compositions that I can see but can’t get close enough to. By using a longer lens I am also able to get the whole subject in camera which saves me from having to crop in post. This allows me to keep the file size up and print quality high. Overall though technique is developed through practice. 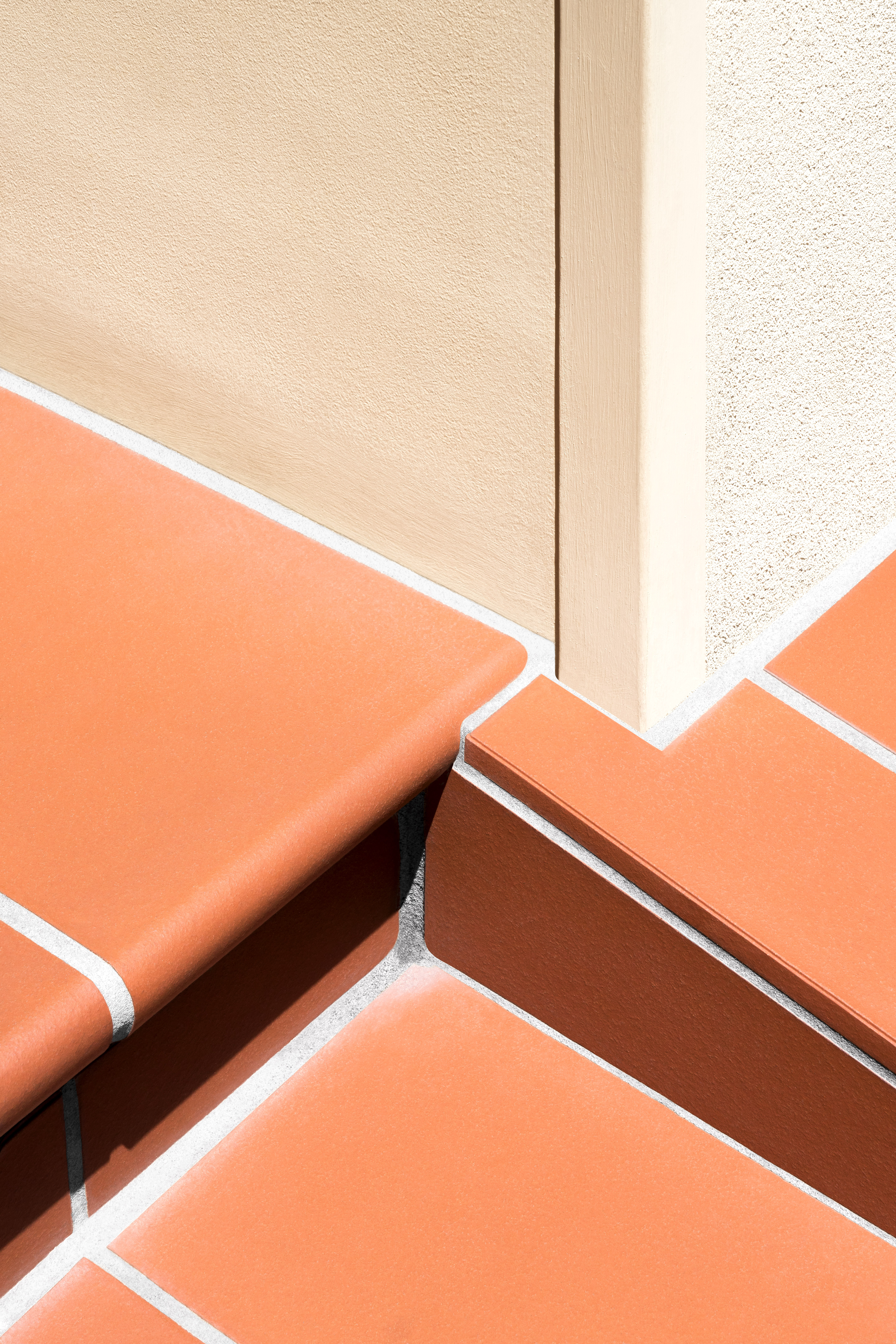 GRA:  How did your academic background shape your artistic practice?

JS: My academic background is what totally shaped my practice. It allowed me to study the history of photography and look at other kinds of art that I never knew existed. I was then able to figure out what I liked and the artists I wanted to be shoot like. It helped me understand the subject matter I wanted to document and how to do so.

GRA: How much of your work is photoshopped or doctored on the computer?

JS: All my work has some photoshop and touch up incorporated into them. My goal is to always get the image correct in camera, so I can limit how much post I need. This means getting the composition to fill the frame, line up all the elements precisely, shoot with the correct light and expose the camera correctly. When the images are in photoshop the main things I do is create more contrast by boosting the light even more, straighten the verticals and horizontals and clean up dirt marks. When getting ready to print I do a second pass where I try to make sure the colours are more natural looking and can print correctly as well as some sharpening of specific elements. 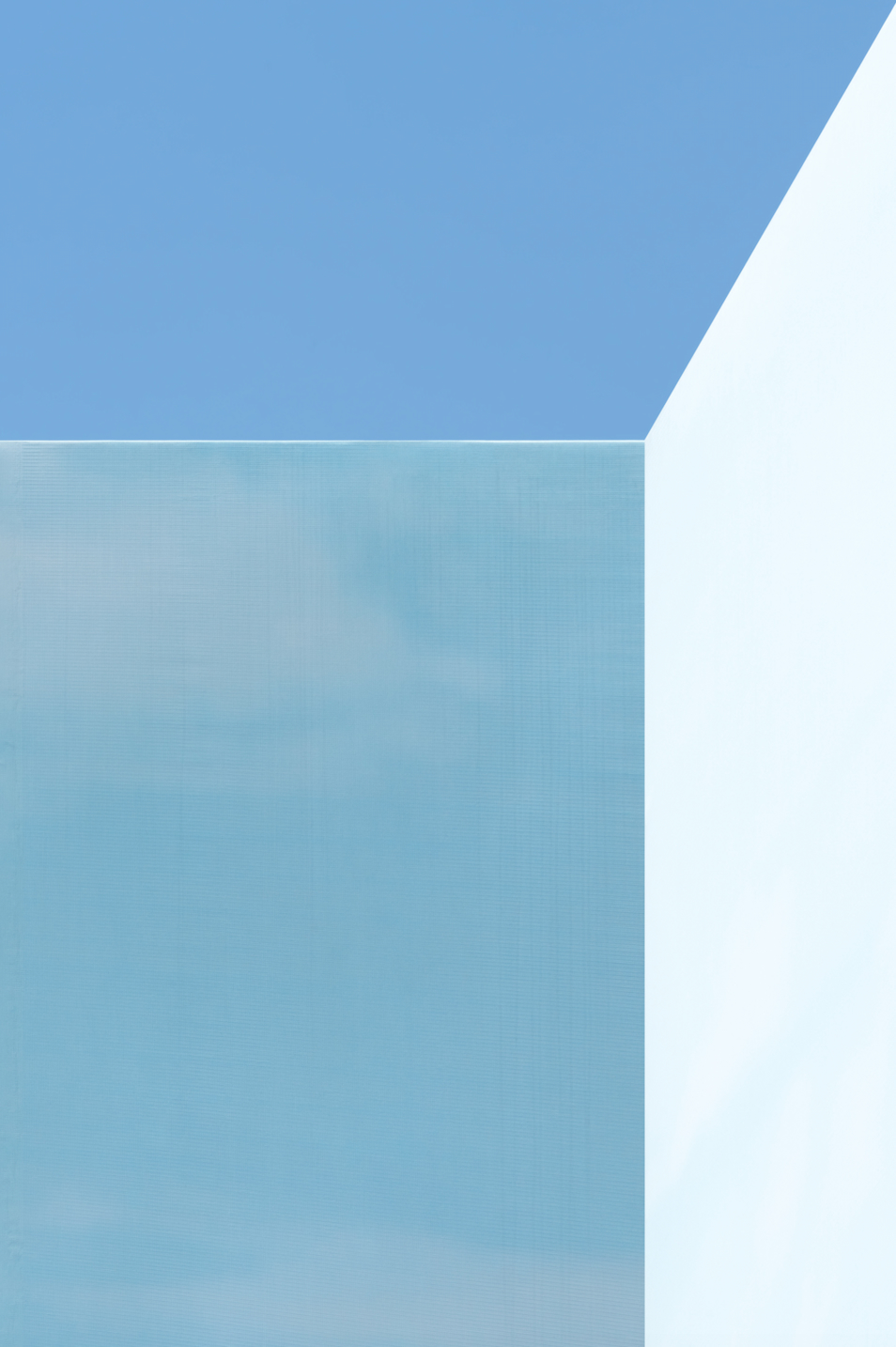 GRA:  Which country has the best skies?

JS: This is a great question. In reality all countries have a good sky, but some are better for me than others. I look for consistent strong light to shoot in, Australia, particularly Sydney has the best light, and then California and the west coast of America would be my second choice. These places and their light are where I began my photography and may have made me used to strong light conditions and influenced my style. I love shooting in Europe and Japan, but the light in those places is very inconsistent and may only have one day a week with the light I need to create images. This variable while travelling makes it harder for me to work.

GRA:  What does minimalism mean to you?

JS: Minimal to me is something that is very simple, calming and pleasing to the eye. A good sense of structure and design can make any image or artwork appear minimal. Even portraits or travel imagery can be minimal if the composition is clean and simple. My ways to create good minimal imagery is by playing with negative space, shape language and colour relationships. Minimalist art can be used to emphasis and bring attention to the everyday. By using minimalist techniques objects or spaces and materials can be made the focus and remind people of their importance or our relationship to them. This is the basis of my work.